a few words about Asman Teke 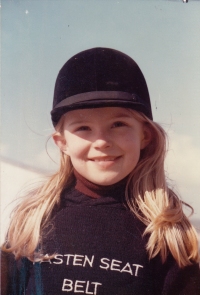 Asman Teke is owned by Michèle van Kasteren, who describes her experience as follows :

« I started to ride in 1977 and have been a passionate rider ever since.

I am currently competing in endurance but have started my competition career in eventing, discipline in which I competed in Germany up to A-L level. Though I did ride my first endurance race in 1995 I only really started to focus on the sport of endurance when I bought my farm in Belgium.

I  raise and train my horses myself up to international level and over the last 20 years of breeding am proud that I have also produced some outstanding eventers.

Recently I got hooked with polo and I want to introduce Akhal-Tekes into this discipline also. 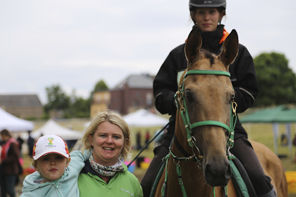 I have been fascinated with Akhal-Tekes ever since when, back in the early 70’s, as a child I saw a picture of an Akhal-Teke horse and fell in love with this breed. This picture was Kambar, a horse that many of you might know as well. Later, at the age of 14, during a riding vacation I finally got to see my first Akhal-Teke.

His name was Kutly. He was a gorgeous golden buckskin stallion and I knew this would be the breed I want to own one day. Books describing breeds of horses state that Akhal-Tekes have difficult characters but this statement didn’t frighten me. It even was more a challenge as I was convinced I could handle them.
I could! But not because I am an outstanding horse whisperer but simply because they have a genuine charming character and are easy to handle.

In the 90’s finally, straight after having finished my studies, I started my search for an Akhal-Teke.  Many of my riding friends wanted to get me convinced to buy a warmblood. But I searched for what I wanted and found my Tekes.

I have never regretted my choice. 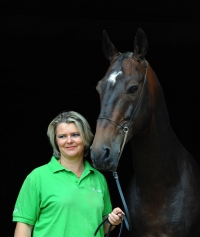 First I settled in Biebergemünd in the Spessart Forest in Germany (area of Greater Frankfurt).

A couple of years later, I wanted to move back to Luxembourg, but since land is just not available and affordable in my home country, I ended up buying a farm the other side of the border in Belgium. I had a great time out there in the middle of nowhere in the Black Storck Nature Reserve.
I called the farm Kara Leylek, which means Black Stork in Turkmen as it is a custom for Turkmens to name their horses after birds.

The Belgian farm simply was not the place for a baby, neither would it have been convenient for him to go to school some years later. So I  decided to move to a new farm. Since land is still and even more expensive in Luxembourg, I ended up, the other side of the Luxembourg border, this time in Germany in Dockendorf.

These few words to explain my country changes when it comes to horses, though I never left Luxembourg for my "normal  life"  beyond horses.

But I am flexible… should one day land be more affordable in my country I might change again.

Getting a winter residence down south is also an option… 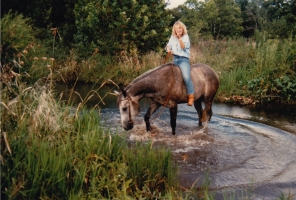 Since the very beginning, I also was searching for a suffix name for my horses. Since I couldn’t find a suitable name, I started to call them vK which are simply the initials of my family name.

Asman means heaven or heavenly so « Asman Teke » simply is the surname Akhal-Tekes have which  is the heavenly horse.

My aim is to breed a high-performance Akhal-Teke with good character and type. There are some of our offspring performers out there competing.

If you would like to get to see some Akhal-Tekes in true life, just contact me.
I do speak  Luxembourgish of course, but also German, French, English, some Dutch, Spanish and a little Russian.

I am looking forward to meet you on my farm and to introduce you to our horse family. »