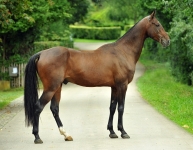 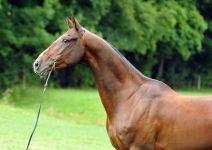 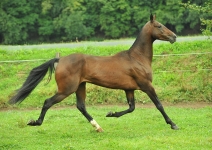 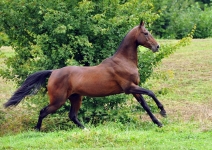 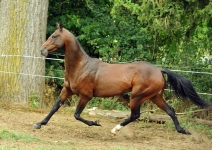 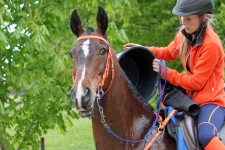 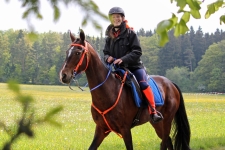 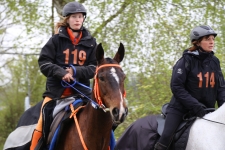 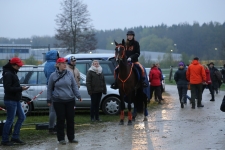 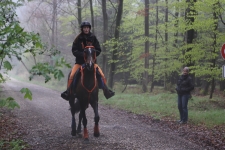 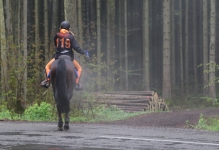 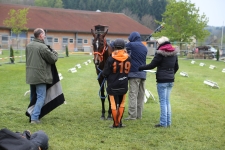 Sheytanli certainly is our star and most probably the very only Akhal-Teke qualified on CEI level that is offered for sale. He started his endurance career slowly in 2013 and now is qualified to compete at CEI 2* level. He came 4th at CEI1* in Belgium in September 2014. He has a very comfortable gallop and is easy to handle. Just a charm. His heartrate drops easily.

The combination El with Peren looks like a perfect match as we also have Sheytanli and Mengli Asman, two half brothers and sisters of Maschuk who are also very promising prospects for endurance.

His pedigree is full of perfomers. His granddad Sugun has competed in eventing and endurance up to international level. Sugun was longlisted for the Olympics in Atlanta in eventing and competed up to 120 km in endurance.

From the dam side there is Polotli an outstanding racer and Beshtau one of the very few Akhal-Tekes who competed up to 3 * in endurance.