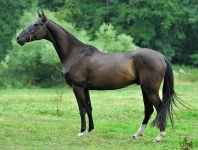 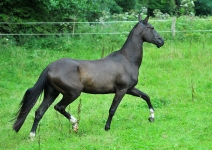 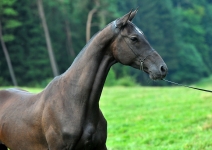 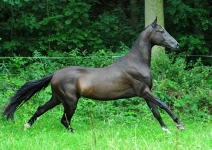 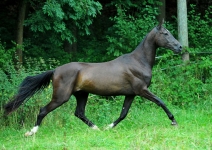 Karakhmed is linebred to Kaplan. The dam family is Kiz. He currently stands at approximetaly 1,60 and still has some potential to grow as Akhal-Tekes are very late mature and are only “done “ at the age of 7, 8 years. So we expect him to end up at 163, maybe more.

He has a very fine Teke head and a sweet character, somehow shy though.He got broken to saddle in early 2014 and got some outdoor training as well. He is easy to handle and has a good will to move forward. We see him in a classical discipline or in endurance as well. We owned both of his parents.

His father Prianik has proven to produce outstanding endurance prospects. Karakhmeds grandfather Piligrim has competed up to 90 km in endurance in France.